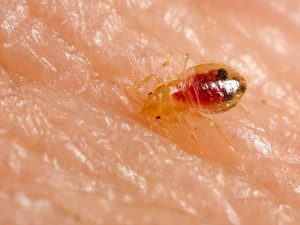 Bed bugs are a growing problem around the United States. They are becoming more common in homes and in businesses. They are also hard to deal with because they have become more resistant to a number of chemical treatments, and they are very good at hiding. Even before you can start the process of eliminating bed bugs, it’s important to know how to check for bed bugs since they can go up to a month without feeding which may make it difficult to determine if you have a problem initially. Here are five places you may inadvertently pick up bed bugs.

Hotels are the most likely culprit of picking up bed bugs and bringing them home. It is important to check your room before you stay and your luggage before you leave and when you get home. Look at the headboard and the bedding for droppings and rust colored stains. If you travel a lot you may want to invest in a luggage heater that can eradicate anything you might have brought home from you on the trip.

Gyms are another area where it is easy to pick up bed bugs. People will bring their gym bags into the gym and leave them in a locker, on the floor or even on top of the lockers. The bed bugs crawl out of their bag and into yours. Then you unknowingly bring the bed bugs home with you. If you hear reports of bed bugs around your gym, you may want to leave your gym bag at home and travel to the gym in your exercise clothes. Bed bugs do not travel on people so you should be okay.

There are have been reports of bed bug outbreaks at schools around the country. This is usually the result of one the students bringing bed bugs with them when they have a problem with them at home. The bed bugs wander out and then start infesting the building. Students may end up bringing them home in backpacks. Schools may put a ban on all backpacks to try to stop the infestation.

Another way that people end up catching bed bugs is after buying secondhand furniture. They may not realize that the furniture is infested. Bed bugs can also live in couches or hide in headboards or cracks in bookshelves. It is important to thoroughly inspect anything that you do buy second hand and possibly treat it before you bring it into the home.

5. Moving into an Infested Apartment

Another way that you may end up with bed bugs is if your new apartment or condo is already infested with bed bugs. It is important to check your home and especially the baseboards in the bedrooms before you move in. You may request that your landlord treat for them before you move in if you live in a part of the country that has a bed bug issue. 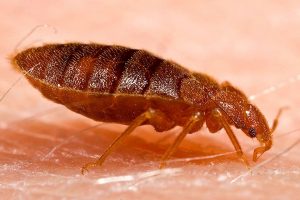 There has a n increase in bed bugs throughout the United States in the last twenty years. There was a time when bed bugs were nearly eradicated in the United States. However due to the increased amount of travel, the incidence of bed bugs is increasing. The most common way to get bed bugs is to bring them home from the hotel with you. Here are five steps you can take to prevent bed bugs.

3. Keep Luggage and Other Items Closed

Keep any other bags you bring with such as your purse or backpacks away from the furniture as well. This includes the bed as well as any upholstered furniture. If you place them on the furniture or floor, you are more likely to pick up an unwelcome guest for the trip home.

4. Check Your Suitcase Before You Leave

As you are packing to leave be sure to thoroughly check your suitcase and any items you are packing for bed bugs. Be extra careful if you notice any unexplained bites that you have received during the trip. This safety check can help you identify if you need to take extra steps before you get home.

5. Treat Your Items When You Get Home

As a precaution, you can treat the items when you get home. Run your clothes through the hot water cycle and high heat on the dryer. This could kill all the bed bugs and their larvae. You can also treat the luggage with a special luggage heater. If you know that you do have bed bugs in the luggage, you may choose to dispose of the luggage and start fresh because the cost of luggage is usually less than treating your entire house. If you do end up bringing bed bugs home, you should take the steps to treat them. It can be difficult to treat them on your own because they hide in small cracks and it can be difficult to find their nests. A professional can treat the bed bugs with either chemicals or heat. Contact the professional at EcoTek to learn more about the bed bug treatments available. 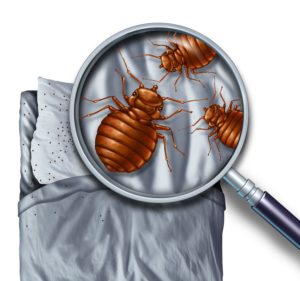 The thing with bed bugs is that they are indeed great hitchhikers. This is because all they need is one place to make home and from there on they would be able to continue their party. So before you know it, your entire home could be infested with bed bugs. Another surprising thing about a bed bug infestation is that the primary source is often at your mattress. No matter how careful you might be about these kinds of things, the maximum that you would be able to do is keep them at bay. However, there is currently no one way that you can completely stop bed bugs from getting into your home. END_OF_DOCUMENT_TOKEN_TO_BE_REPLACED 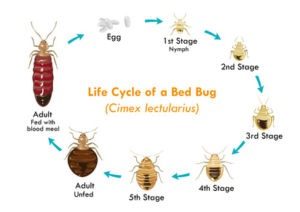 There is absolutely no doubt that getting rid of bed bugs could be considered to be one of the most difficult and frustrating pest extermination experiences that you could face. In addition, no matter what kind of proactive approach you decide to apply, bed bugs are something which always find a way to creep back in to your home. Most people come to the conclusion that getting rid of bed bugs would be something that they would be able to do on their own rather than calling in an exterminator and giving them extra money. That doesn’t work very often though, and usually results in us getting calls on how to treat bed bug bites, but nonetheless, it’s worth sharing ideas on how to get rid of them on your own. If you are thinking about some of the ways in which you would be able to get rid of bed bugs, take a look below. The first thing that you would have to do is identify the rooms which have been affected by bed bugs. Since this is bed bugs that we seem to be talking about, the primary site would almost usually be the bedroom. Since they start off in one place, the EPA has stated that it does not take them long to spread to other areas. So rather than waiting, it would be better to treat this problem as soon as you possibly could. While you might think about throwing away your bed, it has been highly recommended that you do not take this sort of a rash decision. Instead, you could think about hiring a pest control company who would be able to take care of this matter in a more effective manner. While you would be dealing with bed bugs infestation, it would be a good idea to create a safe place where you would be able to sleep. So, rather than moving to other places, you could create a safe space within your room. This would definitely stop the bed bugs to spread to other rooms in your home. According to the CDC, this has been considered to be one of the most challenging parts of do it on your own pest control. However, if you already have the situation under control, then this might not seem to be as difficult as you had thought of it to be. Hence, by keeping these things in mind, you would be able to get rid of bed bugs in your home. In addition, it would also help to reduce the probability of recurrence. Learn how to make your mattress bed bug proof.
Call our Pest Control Experts Today!
919-794-8290